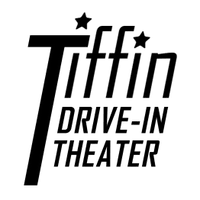 A word from the owner

I am very happy to announce that our drive-in screen renovation project has been successfully completed! Digging of trenches began early Monday morning 10/5/20 and by Friday afternoon 10/9/20 both screens were up and finished. We were very fortunate to have great weather throughout the week of construction, as weather in October can shift between a wide range of temperatures, winds, and precipitation. But we were lucky to have plenty of sunshine, warm temperatures, and no rain. What a blessing!

There was no way to know what problems or delays we might encounter during the project, so even though the screens were completed by Friday, it was impossible to schedule movies for the past weekend. One day of rain or an equipment failure delay would have meant cancelling any movies we might have scheduled.

The big new #1 Screen of course has a different appearance than the old one. No one has built screens like the old screen tower in over fifty years. All new drive-in screens since about the late 1960s have been built out of steel supports and metal sheeting. No one tries to make their screen into a combination shed/screen/garage. It is impractical and creates a whole set of maintenance issues no one wants to deal with. Trying to reproduce any sort of "replica" of the old screen would have been misguided on countless levels. The old screen itself was already a collection of later fixes and repairs to a failing design.

The big new #1 Screen and the smaller #2 Screen are literally the best drive-in screens available in the world. They were built by a legend in the business, Jerry Selby, whose family has built over 2,000 drive-in screens over the last 60 years.  The big new #1 screen is just slightly smaller than the old screen. But...it has been moved to a position 25 feet forward into the drive-in area, which results in creating a noticeably larger picture image than the old screen to all viewers in any part of the theater.

Also, the chosen size and dimension of a drive-in screen is not arrived at arbitrarily. I could have built a 100-foot wide drive-in screen, just so I could say and promote that "We have a 100-foot-wide screen!" But that would overwhelm the size of lot we have, and would make our existing first two rows in the theater poor viewing. But the most important factor is that as a screen gets larger it becomes more difficult to light effectively. Image quality suffers as the picture becomes more dim. Our screen sizes are calculated with the throw distance and projection equipment capabilities to provide the maximum level of image quality possible.

This is a long way of saying that we are really making every effort to do things right.

The new big #1 Screen is ready for movies, but it is not totally complete. There are a few cosmetic things we need to do in the coming weeks before we can say it is done. These include erecting a skirting that will run from the bottom of the screen to the ground to block the view of cars coming into the drive-in and passing traffic on the road. Some landscaping will even out some rough spots from construction as well.

So we are now ready to premiere the new #1 Screen with a special event on Thursday, October 15. This event will follow a ribbon cutting ceremony and will feature the premiere of a special Mini-Documentary Film that will chronicle the journey from old screen to new screen at the Tiffin Drive-In Theater. It is being produced by Dead Shark Productions and will be worth the trip to see it shown upon the very screen that serves as the subject of the film.  Following the documentary, the first movie to grace the new screen will be the popular adventure classic Raiders of the Lost Ark.

We will go into a weekend of movies on October 16-17, with Screen 1 featuring Hocus Pocus and Casper. Sleepy Hollow and Beetlejuice will be featured on the old Screen 2. The new Screen 2 will not go into use this season, as it would require a new booth and moving all the projection equipment to another location to project onto the new screen. That cannot be accomplished with only three weeks left in this season.

There is another reason the new Screen 2 will not be used until next season...but that will have to wait for another post.  (Stay tuned!)

Our live in-person concert with Casting Crowns will light up the drive-in on Tuesday, October 20. Tickets are still available, so get them on our website while you can.

Our movies are not yet set for the weekend of October 23 and 24, but we will post them for tickets as soon as we have them.

The weekend of Halloween, October 30 and 31 will be special. A Kid-friendly Halloween triple feature of movies will be featured on Screen 2 both Friday and Saturday. On Screen 1, a Halloween oriented double feature on Friday. Then, on Saturday, October 31, we will be featuring a special All-Night Dusk-to-Dawn Halloween Marathon Spectacular!

The evening will kick off with a performance from the appropriately named Columbus-based band Emmy Lazarus and the Recently Deceased. These performers are not a heavy angst-ridden goth band, but a fun, tongue-in-cheek, light-hearted, 60s rock-sounding, Halloween-horror-themed band. Should be lots of fun!

So, with 6 great horror movies throughout the night, and a band, let's all start crossing our fingers now for some good late October weather. The list of movies will be announced as soon as the bookings are finalized. Should be very soon.

Next season will be a big year, with more surprises in store for you. Keep checking back for more announcements. We intend to make the Tiffin Drive-In Theater a clean, attractive, family-friendly place for many years to come. A place where you watch great entertainment, dine on delicious food, and spend the entire evening hanging out with your family and friends.

The screen renovation was the first step in our plans.  There is more to come...